Nick’s classic play, The Man With Green Hair, will be performed at Sir James Smith’s School in Camelford, North Cornwall, in a new production by the St Agnes Theatre Players.

A funny play about serious subjects – pollution, corruption, greed and cover-up – and not set in a faraway country but right here in Cornwall, Nick Darke’s biting satirical comedy takes place behind the scenes at “Cubert Pollution Control” where, echoing the real Camelford acid water incident when 20 tonnes of aluminium sulphate were accidentally dumped into the wrong tank in 1998, our heroes Milt and Patsy engage in a desperate battle with the bureaucrats to expose the truth. 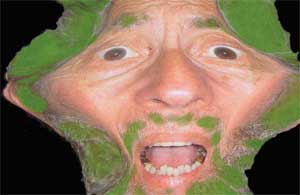 About the Author: Jane Darke