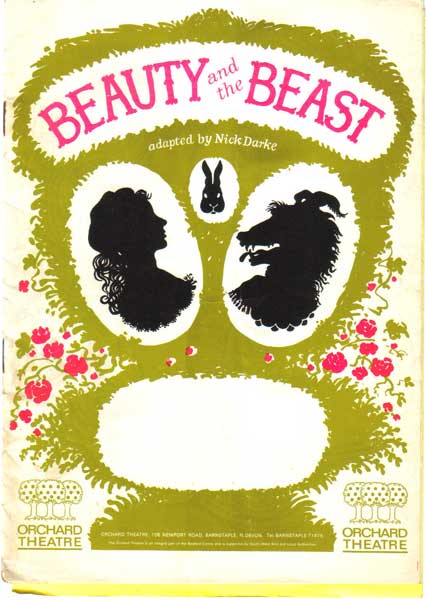 Low Tide
(1977 – Plymouth Theatre Company)
Set on a beach, its about tourism taking over.

Sinbad the Sailor
(1978 – Victoria Theatre, Stoke on Trent)
A pantomime.

Summer Trade
(1979 – Orchard Theatre)
Takes place in an old pub on the north coast of Cornwall the day after one land lords last night when a new one arrives with an architect to modernise. Written for a cast of six actors, and later adapted for radio.

Beauty and the Beast
(1979 – Orchard Theatre)
An adaptation of the traditional fairy tale.

High Water
(1980 – Royal Shakespeare Company)
Two men meet on a Cornish beach, a fisherman and a tourist, and discover they are father and son.

Lowestoft Man
(1982 – Orchard Theatre Company)
The sequel to ‘The Catch’, in which a mysterious American arrives to claim his lost cocaine.

The Earth Turned Inside Out
(1984 – community play for the Borough of Restormel, Cornwall)
Set in 1815 about two rival copper mining communities, featuring a cast of 90.

A Place Called Mars
(1988 – community play for Thornbury, Avon)
A play about a haunted marshland.